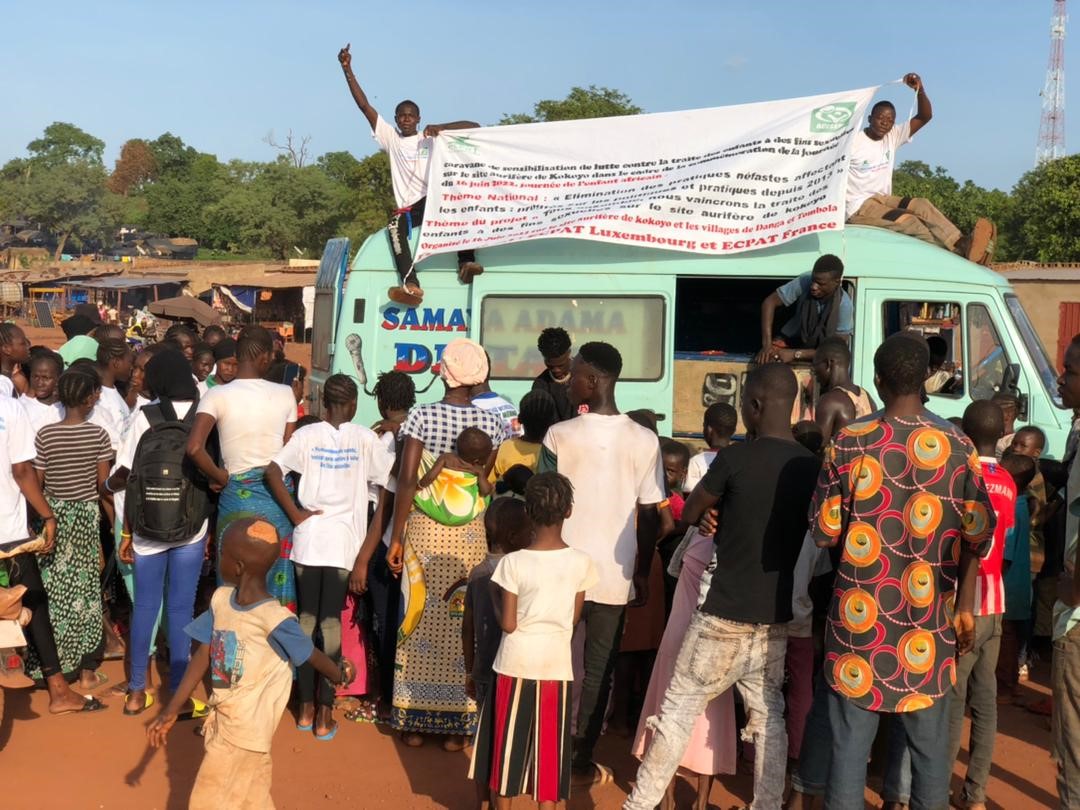 The children peer educators of the two communes of intervention of the ECPAT Luxembourg- ECPAT France project “Fight against child sex trafficking on the gold mining sites of Kokoyo and Koflatié in the circle of Kangaba in Mali” celebrated the day of June 16, Day of the African Child, through two caravans of sensitization for the general public to fight against child sex trafficking on the gold mining sites. Translated with www.DeepL.com/Translator (free version) The caravans were organized on June 23 and 24, 2022 and crisscrossed the gold sites of Koflatiè and Kokoyo as well as the four villages surrounding the sites. More than 600 people have been affected by the caravans’ homelessness. These caravans aim to contribute to a better knowledge of the reality of child sex trafficking and are also an opportunity to appeal to the population to mobilize more to strengthen the protection net around children against sex trafficking on gold sites.