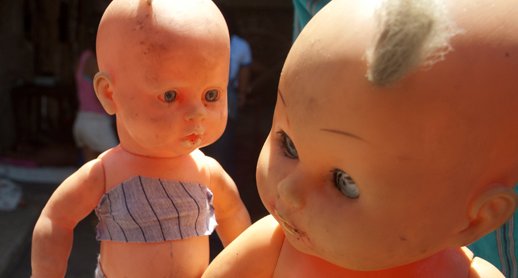 Do you know NetClean? It is a brand hosted by a commercial group called SAFER SOCIETY GROUP. Mid Novembre, NetClean released their report 2016 (available on https://www.netclean.com/the-netclean-report-2016/order/) that provides an overview of global trends in child sexual abuse crime based on a survey from 370 police officers in 26 countries. The report is a unique insight into the experiences and accumulated knowledge of police officers worldwide working on child sexual abuse investigations. In the foreword, Fredrik FREJME from netclean, shares a pessimistic view: “Unfortunately, I cannot write that the problem is decreasing – the results show quite the opposite. It is a big problem and law enforcement and society face great challenges.” So what does the report say?

It labels the status of harmless hands-off offender as myth (page 35). A number of studies have looked at the correlation between looking at child sexual abuse material and hands-on abuse and as a result it was found that 60-85 per cent of those who look at child sexual abuse material also commit hands-on sexual offenses against children. In other words, looking at child abuse material and sexually abusing children are adjunctive crimes – they are different manifestations of the same underlying motivations or drives.

Furthermore the major opinions expressed by the police officers in the survey say:

The report gives also a glimpse of future “shocking” trends:

The report reflects the reality of a barbaric, children hostile world with no mercy for a protected childhood. The positive side of the report is that police officers had saved 1,610 children worldwide from abuse in 2015.

The report concludes with a reflection on why it is so important to fight child sexual abuse material. And the message is crystal clear: “Each image or video is documented sexual abuse of a child and depicts the worst moment of that child’s life. When the image spreads across the world the offense is repeated, again and again.” ECPAT Luxembourg totally agree on that. To feel concerned about what is going on around oneself, about what someone sees offline and online makes the difference for the children trapped in a horror trip. So don’t look away but report on www.childprotection.lu if you see sex trafficking, child sex abuse material, child prostitution and the sexual exploitation of children by travellers or tourists.