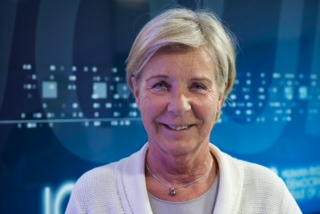 The new appointee said, “I’m proud of my new mandate but at the same time humbled because I know it is a very difficult job, a very daunting task, because the demand covers three very important complex & interrelated issues [sale of children, child prostitution, and child pornography]. I’m eager to start and to achieve a tangible result of which the children will benefit. That is of course the obvious purpose of this mandate, to make a difference for the children in all these areas”.

Recognizing the alarming spread of online abusive products, Ms. Maud said, “taking down child abusive materials is very important, preferably at the source, but sometimes this raises problems when the services [providers] are not cooperative, in which case the only option is blocking access.

According to Ms. Maud, all the actors in this field need for an improving cooperation because it is an essential condition for achieving results. Given the number of universal and regional legal provisions and benchmarks we have for the protection of the rights of children against sexual exploitation and abuses, “what really matters is the implementation”. Implementation [of the existing benchmarks] requires cooperation between all relevant actors, awareness raising and education in this area. Sometimes, children are unwillingly exposed to commercial sexual exploitation as a result of the dire economic situation in which they find themselves. The temptation to gain money out of abuse of which children are victimized is there. Ms. Maud said “if we insist on education and we can contribute to getting these families out of poverty, which can happen through education, then I think we pave the way for a better world for children”.

Ms. Maud uploaded ECPAT International’s global contribution in combating commercial sexual exploitation saying that “I am very grateful and indebted to the work of ECPAT International, because what ECPAT has done is absolutely crucial, mainly to raise awareness and also to denounce situations which are terribly wrong, and call for relevant legislations to be amended.”

“What I would actually like to do on the first occasions I have [in my mandate] is to sit around the table with key players like ECPAT to identify priorities. I am aware of the many initiatives that have been taken by ECPAT, one very good example is, the Code of Conduct developed by ECPAT to combat sexual exploitation in the tourism sector. That was a wonderful initiative. It is something that can be regarded as a good practice. One of the issues, which I would like to address, with the support of civil societies and academic institutions, would be the physical and psychological consequences of sexual abuse and exploitation. But I’m only at the beginning of this mandate. I need to learn. I want to hear from international civil society organizations about what according to them are the priority areas », said Ms. Maud.

Ms. Maud De Boer-Buquicchio is a Dutch jurist. Having joined the Council of Europe in 1969, she spent a substantial part of her career in the control mechanism set up under the European Convention on Human Rights. She was appointed Deputy Registrar of the European Court of Human Rights in 1998. She was elected Deputy Secretary General of the Council of Europe in 2002, and served in that capacity for 2 successive mandates until September 2012. Currently she is President of “Missing Children Europe”. She was appointed as the UN Human Rights Council Special Rapporteur on the Sale of Children, Child Prostitution, and Child Pornography, on 8th May 2014.