Regional project to reduce poverty, education, emancipation and reintegration of children who are victims or vulnerable to or who have survived trafficking and sexual exploitation, through strengthening links between NGOs and local capacities in Bangladesh

Children remain easy targets for sexual abuse and exploitation in a country like Bangladesh, where poverty, gender inequality, natural disasters, lack of education and economic alternatives prevent them from receiving the protection and care they need.

According to international NGO estimates, child trafficking affects more than two million children a year, including one million in Asia. Bangladesh has emerged as one of the major source areas of child trafficking. 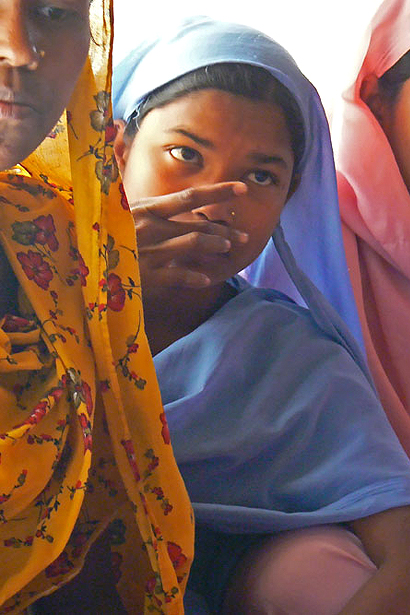 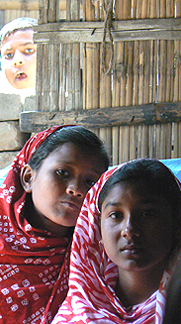 Photos used for illustration purposes and not depicting child victims.

The reasons for exploitation are deeply rooted in the socio-economic realities of the country. Often linked to the mafia, traffickers in Bangladesh target children in the poorest and most isolated villages, marked by lack of information and education, poverty and a high birth rate. Children are most often trafficked by people close to the family. In addition, child trafficking is facilitated by the cultural context (parents marry their daughters as quickly as possible, although child marriages can lead to sexual violence), economic needs (the promise of lucrative work) and the establishment of a genuine “market” for the trafficking of children for sexual purposes, at the border, fostered by significant corruption.

Children living in street situations or at train stations, who lack family and community protection, are also targeted by traffickers. Their number in the region is among the highest in the world, the average age is 10 years, 56% being boys. Of the 5-14 age group, 18.3% (i.e. 6.3 million) work and 65% work between 9 and 14 hours a day, mostly as porters, small sellers, beggars, domestic workers and helpers for bus or truck drivers.

Child victims of sexual exploitation are highly vulnerable to sexually transmitted diseases (STDs), AIDS, depression, drug abuse and alcoholism. Several cases of underage prostitute suicides occur each year. While most of the clients of prostitution establishments are local nationals, there is also a growing demand from sex and “export” tourists to India and the Middle East.

The project aims to increase access to assistance, prevention, protection, psychosocial rehabilitation and reintegration programmes for vulnerable children or victims of trafficking or sexual exploitation.

The education program is a great success of the project: 19 children were enrolled in the school and passed their exams. They have become excellent examples for other children. If formal education is not adapted to the needs of the child, the project offers non-formal schooling within reception centres. The project found that literacy facilitates stability and the rehabilitation process of children.

In addition, the advocacy work carried out by the project succeeded in preventing children in conflict with the law from being incarcerated with adults or beaten.

The project has launched several initiatives to promote youth participation:

The price of products has increased significantly, which has had a considerable impact on the population of the country, and on the project, particularly on the budget lines for basic necessities, medical care and hygiene. In addition, the owners of the reception centres wanted to increase the rent by 40%. The project was able to persuade them to wait until the end of the lease agreement before increasing the price.

Street children living in railway stations in khulna city often suffer from drug addiction that makes them more vulnerable. The project team noted that the presence of drugs and drug dealers was particularly important in this area and drew the attention of local authorities to the problem. The police carried out raids and arrested several drug dealers. The project estimates that drug trafficking in the neighbourhood has been reduced by 80% since then.

In addition, project staff suspected that a gang in the same neighbourhood was involved in the trafficking of girls from slums by promising them work in the Middle East or India, but unfortunately there was no clear evidence to prosecute the gang. However, the project worked with local authorities to raise awareness of the community to prevent risks.

Bangladesh, ranked “the least developed country” on the list of countries receiving aid (OECD/DAC publication – Organisation for Economic Co-operation and Development – Directorate for Development Cooperation in 2001), has a population of 136.6 million, of which 49.8% live below the national poverty line. According to the 2007/2008 UN Human Development Report, which places Bangladesh 140th out of 177 countries classified according to their Human Development Index (HDI), there are 50,000 internally displaced persons. Although there are no official figures, it is estimated that hundreds of thousands of Bangladeshis have crossed the porous land border with India. Although most of these migrations are voluntary and irregular, the phenomenon has increased the trafficking of children and women on the border with India. Trafficking often occurs covered by migration for work Research also highlights the close links between poverty and the lack of economic solutions, and irregular trafficking and migration.