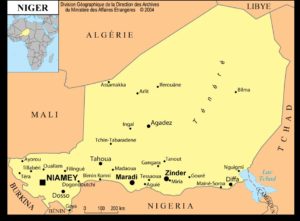 Niger is a landlocked country in sub-Saharan Africa with low income and limited natural resources. The protection of children from sexual exploitation is an issue in the country and a concern for the monitoring committees of international human rights instruments. In 2016, the Committee on the Protection of the Rights of All Migrant Workers and Members of Their Families, and the Committee on the Elimination of Discrimination against Women in 2017, expressed concern about the situation of child marriage and its links to trafficking, as well as the sexual exploitation of children in prostitution[1].

In Niger, the implementation of children’s rights as stipulated in the law comes up against certain realities, including the mobilization of technical and financial resources by the State. In reality, limited knowledge of everyone’s rights, duties and responsibilities in child protection, and certain social, cultural and religious practices, contribute to hindering child protection. It is therefore important to strengthen local actors in terms of capacity (technical and financial) to receive, shelter, take care of and reintegrate child victims in Niamey (capital) and in rural areas (Téra Regions).

3366 Children and/or young people at risk or victims of sexual exploitation:

280 Actors involved in child protection and their structures (10):

Legal age for marriage: 18 years for men, 15 years for girls

Convention on the Rights of the Child: signed and ratified in 1990