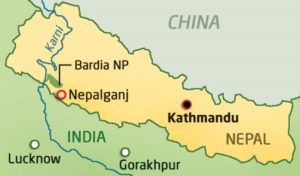 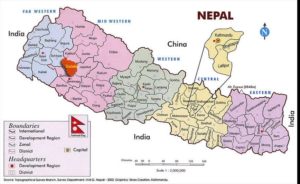 The project to combat early and forced marriage (EFM) was initiated in rural areas of West Central Nepal, focusing on two districts with high incidence. A recent baseline study conducted by ECPAT Luxembourg found that there was an increasing incidence of EFM in both districts, and nearly 94% of respondents[More detail on respondents] reported that they were vulnerable to EFM (baseline). The age of children subject to theseEFMs varies from 13 to 18 years of age. Dailekh is a mountainous district and Bardiya is semi-tropical. The varied geographical and cultural contexts of these two districts allow the project to better address EFMs in different situations.

UNICEF data indicate that Nepal has the third highest child marriage rate in Asia, after Bangladesh and India. In its 2016 annual report on the “State of the World’s Children”, it states that 37 per cent of girls in Nepal are married before the age of 18 and 10 per cent are married before the age of 15 (UNICEF, 2016:151). This is despite the fact that the minimum age for marriage under Nepalese law is 20 years. A 2015 study conducted by ECPAT Luxembourg shows strong links between EFMs and other manifestations of sexual exploitation in Nepal. Some respondents highlighted early and forced marriage combined with domestic violence as a reason for their involvement in sexual exploitation.

Poverty, food insecurity, the status of the girl child, or certain cultural practices such as dowry, where parents pay lower amounts if their little girl is married earlier, are among the complex vulnerabilities leading to child marriage. The 2015 earthquake is reported to have resulted in an increased incidence of child marriage, with parents marrying their children for their protection and safety during the disaster. The early and forced marriage of children is a violation of the fundamental rights of children. This practice limits their life choices and exposes them to situations of sexual abuse and exploitation.

Protect children and avoid early and forced marriages by working with families, communities, governments and other child protection actors to promote positive attitudes and practices regarding child marriage.

United Nations Conventions on the Rights of the Child: signed and ratified by Nepal in 1990