Alliance against the sexual exploitation of children in Morocco, particularly in the context of travel and tourism – PAX Project.

These cities were selected because of their proven exposure to the phenomenon of sexual exploitation of children in travel and tourism (SECTT), and the existence of competent local partners to implement project activities in these areas. 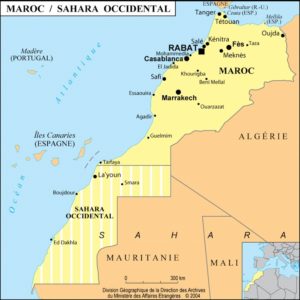 The quantitative extent of child sexual exploitation in travel and tourism is difficult to assess due to the lack of internationally shared indicators. In the case of Morocco, the illegality of the phenomenon, the taboo nature of prostitution and a fortiori of child prostitution, but also the issues of power, money and corruption linked to this exploitation and the financial manna it generates, clearly complicates the collection of information on this subject.

In addition, Morocco’s high tourist attractiveness, as well as the confused, incomplete or erroneous knowledge and perception of child protection actors, make it a country extremely exposed to the phenomenon of commercial sexual exploitation of children, and in particular to the phenomenon of sexual exploitation of children in travel and tourism. Tourism represents an important sector of the Moroccan economy. Although most of the actors in this sector feel concerned by the development of ethical and responsible tourism, their concrete involvement in the fight against CSEC remains timid.

In addition, child protection actors have few means and/or skills to effectively combat this phenomenon. Civil society structures must be oriented towards international donors in order to provide specific care for child victims and/or vulnerable children.

Social perceptions of the sexual exploitation of children are still too often stereotyped. Youth are seen more as offenders offering debauchery services and shameful to their communities, rather than as victims of exploitation in their own right. In some cases, the parents and family of the child victim may even benefit from this exploitation, without measuring the physical and psychological consequences for the child. Families and communities remain the guarantors of the protection of their children, so it is important to strengthen their skills and capacities so that they are able to play their role effectively.

Finally, case reports do not always lead to the child being put out of harm’s way and the abuser being prosecuted. The inability of local authorities to respond to the phenomenon often leads to a discouragement of the affected population to report these reports to the competent authorities. Lack of knowledge of procedures internally or with the competent services further hinders reporting decisions. On the other hand, the reporting is sometimes erroneous, insufficient or too late for the reported case to be properly studied both at the local level and at the level of the police services. The understanding of police authorities must be strengthened, since it is they who intervene to put the child out of harm’s way and prosecute abusers.

To combat the sexual exploitation of children in travel and tourism.

The direct and indirect beneficiaries of the project will be:

ECPAT Luxembourg’s approach is based on networking these different beneficiaries (public, private and community actors). Their involvement is necessary at all levels of the project: definition of activities, participation in their implementation, monitoring and evaluation.

Each of these partners has experience, good practices, knowledge of the local context and the targeted targets that they will share with all project stakeholders. The selected cities are the main tourist cities in the country; this project will thus complement the interventions with tourism stakeholders (led by AMANE) in each of these cities.